Remote Desktop Protocol is based on, and is an extension of, the T-120 family of protocol standards. A multichannel capable protocol allows for separate virtual channels for carrying presentation data, serial device communication, licensing information, highly encrypted data (keyboard, mouse activity), and so on. As RDP is an extension of the core T.Share protocol, several other capabilities are retained as part of the RDP, such as the architectural features necessary to support multipoint (multiparty sessions). Multipoint data delivery allows data from an application to be delivered in “real-time” to multiple parties without having to send the same data to each session individually (for example, Virtual Whiteboards).

In this first release of Windows Terminal Server, however, we are concentrating on providing reliable and fast point-to-point (single- session) communications. Only one data channel will be used in the initial release of Terminal Server 4.0 However, the flexibility of RDP gives plenty of room for functionality in future products.

One reason that Microsoft decided to implement RDP for connectivity purposes within Windows NT Terminal Server is that it provides a very extensible base from which to build many more capabilities. This is because RDP provides 64,000 separate channels for data transmission. However, current transmission activities are only using a single channel (for keyboard, mouse, and presentation data).

Also, RDP is designed to support many different types of Network topologies (such as ISDN, POTS, and many LAN protocols such as IPX, NetBIOS, TCP/IP, and so on). The current version of RDP will only run over TCP/IP but, with customer feedback, other protocol support may be added in future versions.

The activity involved in sending and receiving data through the RDP stack is essentially the same as the seven-layer OSI model standards for common LAN networking today. Data from an application or service to be transmitted is passed down through the protocol stacks, sectioned, directed to a channel (through MCS), encrypted, wrapped, framed, packaged onto the network protocol, and finally addressed and sent over the wire to the client. The returned data works the same way only in reverse, with the packet being stripped of its address, then unwrapped, decrypted, and so on until the data is presented to the application for use. Key portions of the protocol stack modifications occur between the fourth and seventh layers, where the data is encrypted, wrapped and framed, directed to a channel and prioritized.

One of the key points for application developers is that, in using RDP, Microsoft has abstracted away the complexities of dealing with the protocol stack. This allows them to simply write clean, well-designed, well-behaved 32-bit applications, and then the RDP stack implemented by the Terminal Server and its client connections takes care of the rest.

For more information on how applications interact on the Terminal Server and what to be aware of when developing applications for a Windows Terminal Server infrastructure, look at the “Optimizing Applications for Windows NT Server 4.0, Terminal Server Edition” white paper. Four components worth discussing within the RDP stack instance are the Multipoint Communication Service (MCSMUX), the Generic Conference Control (GCC), Wdtshare.sys, and Tdtcp.sys. MCSmux and GCC are part of the International Telecommunication Union (ITU) T.120 family. The MCS is made up of two standards: T.122, which defines the multipoint services, and T.125, which specifies the data transmission protocol. MCSMux controls channel assignment (by multiplexing data onto predefined virtual channels within the protocol), priority levels, and segmentation of data being sent. It essentially abstracts the multiple RDP stacks into a single entity, from the perspective of the GCC. GCC is responsible for management of those multiple channels. The GCC allows the creation and deletion of session connections and controls resources provided by MCS. Each Terminal Server protocol (currently, only RDP and Citrix’s ICA are supported) will have a protocol stack instance loaded (a listener stack awaiting a connection request). The Terminal Server device driver coordinates and manages the RDP protocol activity and is made up of smaller components, an RDP driver (Wdtshare.sys) for UI transfer, compression, encryption, framing, and so on, and a transport driver (Tdtcp.sys) to package the protocol onto the underlying network protocol, TCP/IP.

RDP was developed to be entirely independent of its underlying transport stack, in this case TCP/IP. RDP, being completely independent of its transport stack, means that we can add other transport drivers for other network protocols as customers needs for them grow, with little or no significant changes to the foundational parts of the protocol. These are key elements to the performance and extendibility of RDP on the network. 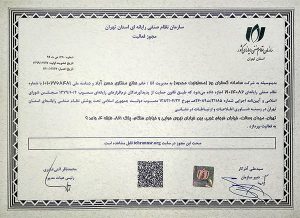