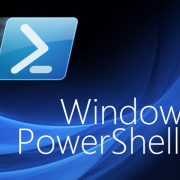 The Windows PowerShell design integrates concepts from many different environments. Several of them are familiar to people with experience in specific shells or programming environments, but very few people will know about all of them. Looking at some of these concepts provides a useful overview of the shell.

Commands Are Not Text-Based

Unlike traditional command-line interface commands, Windows PowerShell cmdlets are designed to deal with objects – structured information that is more than just a string of characters appearing on the screen. Command output always carries along extra information that you can use if you need it. We will discuss this topic in depth in this document.

The Command Family Is Extensible

Interfaces such as Cmd.exe do not provide a way for you to directly extend the built-in command set. You can create external command-line tools that run in Cmd.exe, but these external tools do not have services, such as Help integration, and Cmd.exe does not automatically know that they are valid commands.

Because of the special nature of the Windows PowerShell internal commands, we will refer to them as cmdlets.

Windows PowerShell can run commands other than cmdlets. We will not be discussing them in detail in the Windows PowerShell User’s Guide, but they are useful to know about as categories of command types. Windows PowerShell supports scripts that are analogous to UNIX shell scripts and Cmd.exe batch files, but have a .ps1 file name extension. Windows PowerShell also allows you to create internal functions that can be used directly in the interface or in scripts.

When you type a command, Windows PowerShell always processes the command-line input directly. Windows PowerShell also formats the output that you see on the screen. This is significant because it reduces the work required of each cmdlet and ensures that you can always do things the same way regardless of which cmdlet you are using. One example of how this simplifies life for both tool developers and users is command-line Help.

Traditional command-line tools have their own schemes for requesting and displaying Help. Some command-line tools use /? to trigger the Help display; others use -?, /H, or even //. Some will display Help in a GUI window, rather than in the console display. Some complex tools, such as application updaters, unpack internal files before displaying their Help. If you use the wrong parameter, the tool might ignore what you typed and begin performing a task automatically.

If you are not a C# programmer, this similarity is not important. However, if you are already familiar with C#, the similarities can make learning Windows PowerShell much easier.